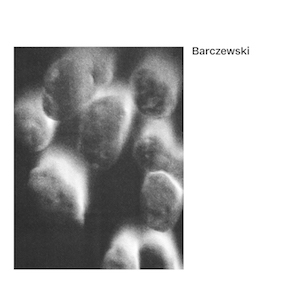 The ground under your feet is always shifting and the world around you is changing faster than ever. Maybe it’s best to welcoming the uncertain and the unknown, just like Barczewski is doing in her latest recordings.

Born in Poland, grown up in Düsseldorf and now working and living in London since 2006, Manuela Barczewski is the kind of artist who’s feeling at home in many places and is yet still interested in discovering new paths. In the past years, she’s been searching for new ventures, exploring the grounds beyond the comfort zone and kept on re-finding herself as a composer.

The current project started as a duo in the summer of 2017 with multi-instrumentalist James McLean. He was a valuable companion on cello for jamming and experimenting with sounds. Without putting pressure on taking the songwriting in any particular direction, the project carried itself naturally and instinctively with improvising ideas coming first and then structure later. “We developed this kind of patchwork method”, Manuela Barczewski explains, “listening back to our improvised sessions, we simply picked out the highlights and tried putting all the pieces back together on a reasonable basis.”

This musical partnership of Barczewski/McLean and their unconventional approach of composing music worked well. But a year into the project, James McLean decided to move to Vietnam. In only two days, they recorded a couple of tracks in Manuela Barczewski’s home, supervised by sound engineer Amir Shoat. Thereafter, Manuela was in charge to work with the recorded material. In March 2019, she went to the recording studio of Guy Sternberg in Berlin with drummer Sebastian Vogel (Kante, Britta), who put down some slick percussion parts. Back home in London she invited a couple of fine voices (Charlotte Law, Sebastian Bürkner and Tom Woolner) to blend a touch of choir into the mix.

The finished recordings are now self-released by Barczewski on Bandcamp. It’s a collection of songs with unexpected turns and vibes and with musical references that aren’t easy to pinpoint – in the best possible way.

The Understory creates a somewhat eerie atmosphere. The sound of the cello ebbs and flows to a subliminal percussive pulse. After three minutes, the track takes a different direction with a steady but sparse guitar theme. This could be classic slow-core tune, but The Understory reaches another level and gently unfolds evocative potential by Manuela’s singing, which is emotionally resonant and augmented by the choir in the background.

Another Day has a similar scheme. It also presents a twisted combination and starts off with a background of flowing layers, this time with a fine accentuated rhythm force. Accompanied by a narrative singing style, this song might refer to old blues or folk tunes. But once again, the track takes an unexpected turn and brings in a solid electric bassline. The arrangement still is minimalistic while Manuela’s voice is flirting with the darker side of sonic borderlands.

Red works with a rather conventional song structure. It’s equipped with a repetitive theme and shifting percussive sounds. The leading part here is clearly the melody of Manuela singing about the quality of certain colours. Red – of course – “is revolution”!

What’s Ahead? shows a return to bands like ​Codeine, where the hypnotic guitar part is slow and heavy. Its contemplative quality is embraced by the warm meandering vocals and shows a moment between intimacy and urgency.

Suspicious is strikingly spartan and slow, but a rather powerful piece of music. The gentle ambient texture leaves a lot of space for a slow-building vocal part. This track is a challenging set of self- observations and leaves the listeners with goosebumps.

Barczewski is a master of subtlety and quietude. She’s delivering the right words, dark sounds and emotions for unsettling times like these.