Although the new year is already in full swing, it’s always worth taking a look back. Here are some of my favourite albums released in 2022:

A warm and sonic depth runs through this self-titled album by Michael Rault. The songwriting of Harry Nilsson springs to mind, Emitt Rhodes or even Stevie Wonder. Amidst the lush harmonies and spacious analogue sound, you could almost get the idea that this is a lost work from the 70s that only recently has been rediscovered. But no: Michael Rault releases music since 2008. His present work is the second for Wick Records, which in turn are associated with Daptone. And shows a very mature and passionate songwriting. The sensitive quality is surely also related to the fact that many things changed in Michael Rault’s life: he left his partner, his manager and his backing band, moved from Montreal to Los Angeles and recorded some of the songs in his bedroom. But for the big production, for the smooth string and wind arrangements, there was plenty of help from his circle of friends and rounds off this historically well-inspired piece of classic pop just perfectly.

In their native Canada, Apollo Ghosts are already known and appreciated. The band was formed in 2009 around songwriter Adrian Teacher and drummer Amanda Panda. Most recently, they released an album with ambient tracks as well as a collection of local cover songs, whereby only artists from Vancouver were re-scored by Apollo Ghosts. And now, titled Pink Tiger, there is a regular studio work that deserves special attention: Pink Tiger by Apollo Ghosts was created over the last three years: 22 songs, divided into two chapters: Pink features the acoustic version of the band. It shows a smooth and clever songwriting, in which Teacher undergoes a self-analysis. During the recordings he had the feeling that everything was falling apart: his father was dying and he also lost part of his hearing. The second chapter – Tiger – was recorded a year later and celebrates the endurance of friendship, music and hope. Garnished with strumming guitars, the three piece presents some good old energetic indie rock. So this double-album shows two different sides of one and the same band. And the good thing is: both are absolutely entertaining from beginning to end.

Music that refers to the baroque pop of the 60s is still occasionally produced today. For example, by Jason Quever and his project Papercuts. Past Life Regression, his eighth album, sounds very organic and you can hear that the man behind Papercuts not only writes songs but also works as a producer for others: Sugar Candy Mountain, Cass MacCombs or Beach House –  they all have placed themselves in his trusting hands. When Quever himself plays music as Papercuts, his songs often have a melancholic touch and the vintage-heavy sound palette plays well into his hands.

Partner Look: By The Book

When two people wear the same or a very similar outfit, one often speaks of a partner look. I didn’t realise until now that this term is only common in German-speaking countries and tends to cause confusion elsewhere. But that’s exactly why a band from Melbourne has named itself after this pseudoanglizism. The quartet Partner Look consists of the German-born sisters Ambrin and Anila Hasnain and their partners Dainis Lacey and Lachlen Denton. All four musicians are also involved in other music projects: Cool Sounds, The Ocean Party and Studio Magic and also move in related pop terrain. They play through their debut very nonchalantly: By the Book by Partner Look is an album that offers very good entertainment in its casual, charming way.

Dana Gavanski: When It Comes

Dana Gavanski and her music have been on my radar from the very beginning. I’ve watched her songwriting evolve from humble, soulful folk to a more daring art-pop direction. On her second album, When It Comes, the Serbian-Canadian songwriter is coming a step closer to the wondrous sound world of Robert Wyatt. She has a very playful and honest style, and like Wyatt, it’s the fragile voice that really carries you away. Hard to believe, but it wasn’t long ago that Gavanski lost her voice due to illness. Thankfully, she’s back again and in great shape and has delivered this wonderful, timeless yet beautifully idiosyncratic album that sadly far too few people know about. Also check out the live report from last year’s Reeperbahn Festival. It was a very special event!

There are always cultural hotspots, places where a lot of talented musicians gather at one time and create something special: an exceptional sound that stands for a certain time and a certain place. One such hotspot at the moment is clearly Melbourne in Australia. Good projects are springing up like mushrooms and everything is somehow connected. Way Dynamic is the name of the project of the Australian Dylan Young. Young, who was just touring as a drummer with Emma Russack & Lachlan Denton as well as Snowy Band. He played two gigs each evening and now presents his ambitious solo project: Way Dynamic. On his stunning debut So Familiar, Young shows a knack for putting together familiar retro sounds in a new way. The sound of the American West Coast and the early 70ties shimmers through, yet it is not simply copied. Once again, I’m amazed at how a single person manages to replace an entire band so effortlessly.

Downward Dog is the fabulous debut of the Canadian band No Frills. In their own words, this is a collection of DIY pop hits with serious themes such as depression, despair, life and death. But most of all, this band wants to have fun! And that is noticeable all along the record: No Frills from Toronto moves quite nonchalantly through the songs. Also the recording process was exceptional. For example, the singer wore a hygiene mask and sang through a toilet paper roll attached to the microphone. Just to capture the right sound for his voice. This pretty much sums up the album – lots of ideas floating around to discover!

Pete Astor and his bands The Loft and The Weather Prophets are among the best Creation Records had to offer in the 80s. And British songwriter is still a very good storyteller: Time On Earth is the name of his new album, and as on its predecessor One For The Ghost, the theme of „life after death“ plays a central role. Pete Astor shows himself reflective and personal, and he knows exactly what he is singing about. Dealing with death can be a cheerful and comforting thing when you think of dear friends who have recently passed away and are sorely missed. Life goes on while Pete Astor created one of his most beautiful albums. 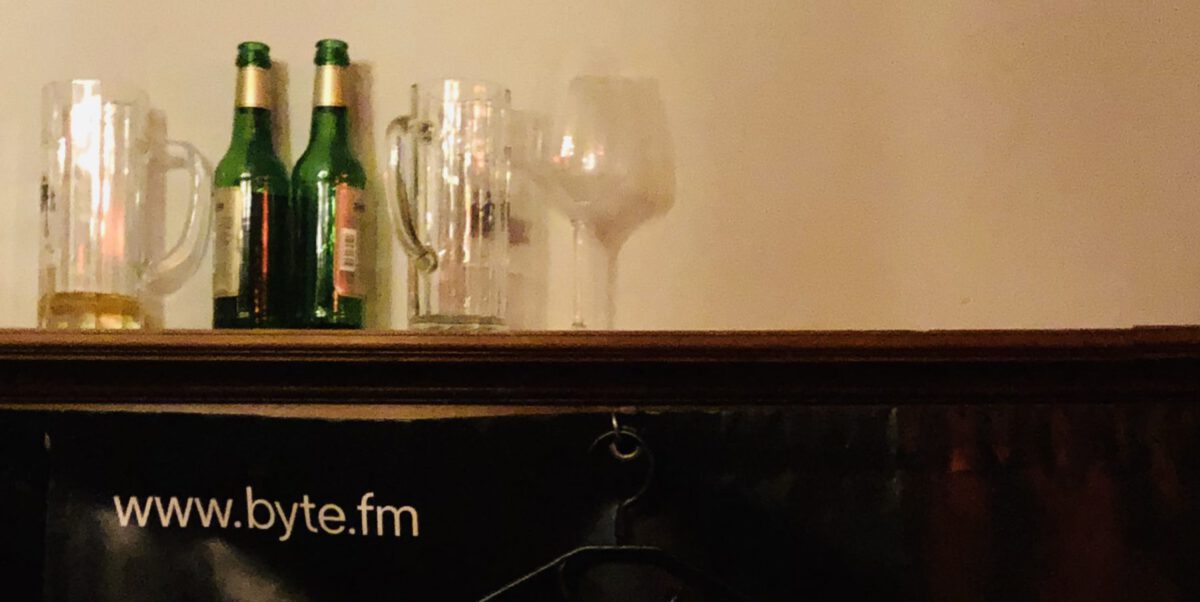 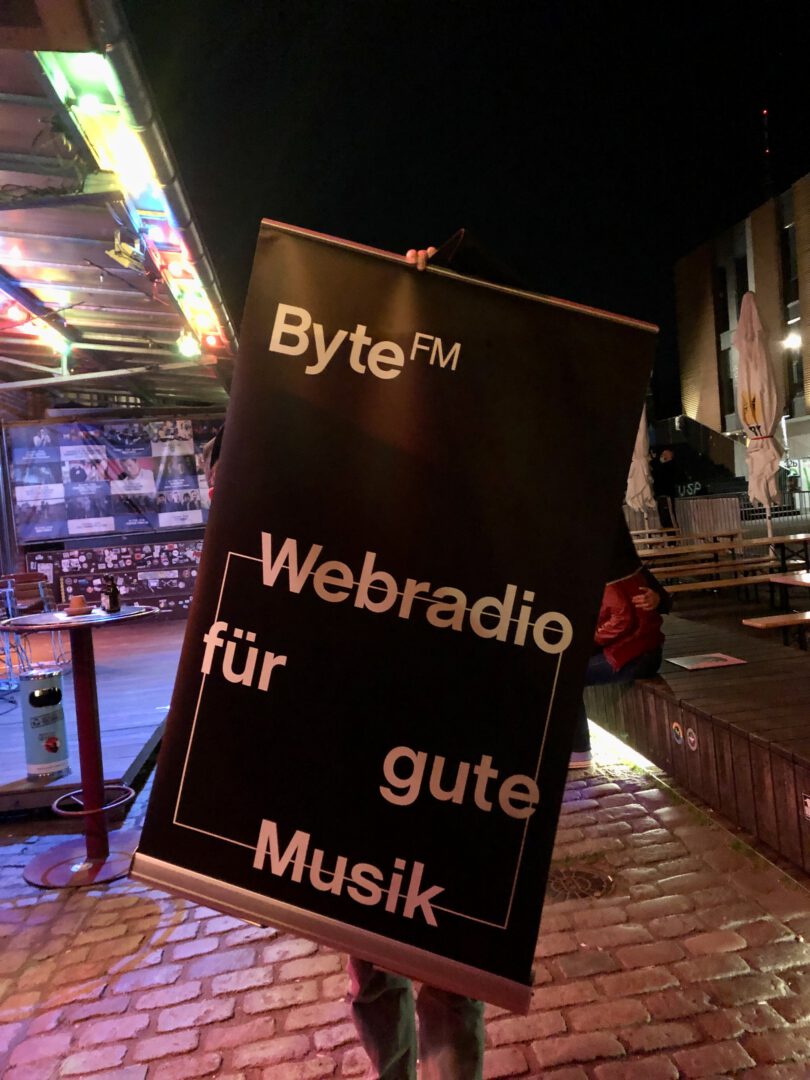